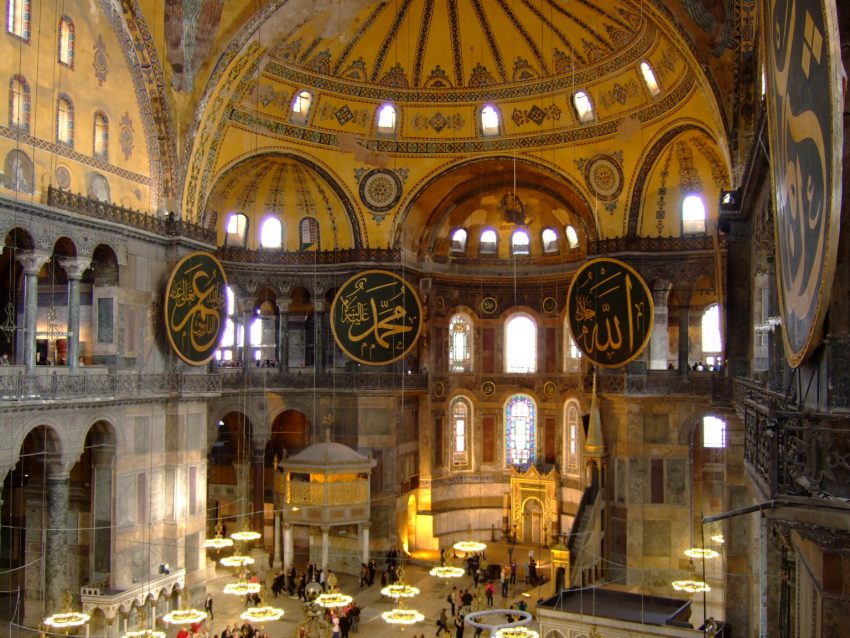 “After 85 years as a museum, according to a decree issued on July 10, by Turkey’s President Recep Tayyip Erdogan, the Hagia Sophia will be converted into a mosque. ”

I have been to Istanbul twice. Visiting the Hagia Sophia always teared me up.😭

“The over 1,500-year-old World Heritage Site has religious and historic significance to both Christians and Muslims in Turkey. Built in 537 CE by the Byzantine emperor Justinian as a Greek Orthodox cathedral, it was converted into an Ottoman mosque in 1453 and into a secular museum in 1935. “

Inside it, one would see semi-covered wall decorations and tinted windows. This was a picture my wife took.

Here’s her description of the photo:

Throughout history, we humans have destroyed things- palaces, museums, statues. We burned books, took down churches and monasteries, in order to make room for new history. Our innate desire to destroy, remove, change, probably stems the uselessness for us to see into the future and imagine these objects of disagreement/disapproval/insults as artefacts of the arc of human civilization.

Therefore the magnificence of Hagia Sophia, is more than the striking domes and pillars. It is a raw and majestic manifestation of civilization’s wrestling with polarities; it is a momental display of rejection AND acceptance, of impulse AND rationality.