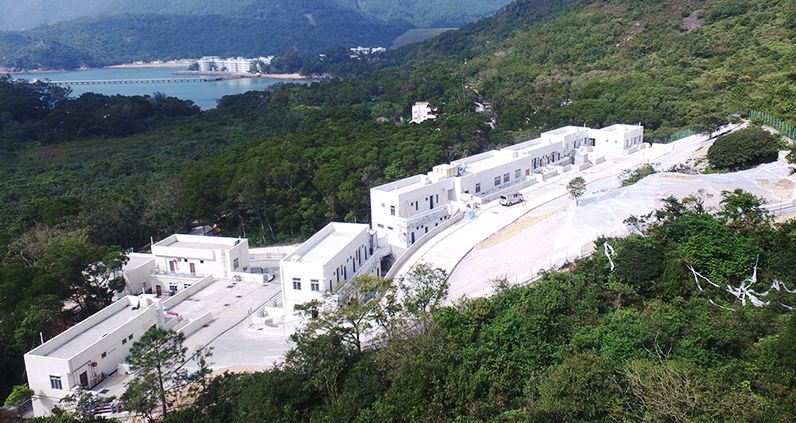 The word retreat signals comfort. This was anything but comfortable. It had all the classic attributes of a boot camp: hardship, excruciating self-inflicted pain, extreme restrictions, irrational submissions, perennial failures, imaginary successes, why-the-fuck-am-i-doing-this, I-am-quitting, I-suck, and ultimately self-fulfilling sense of reward.

I figure those who are reading this, basically fall into the following three camps:

Therefore I want to try and structure this to make this work for all. I will break the recollections into a three parts so you can pick what you want to read:

I joined a 10-day meditation silent retreat. It was a program started and taught by Mr. S.N. Goenka. Courses are available worldwide. It’s free of charge. You donate whatever you feel like. Find out more here: https://www.dhamma.org/en-US/index

The idea was to put yourself into the life of a monk, work on Vipassana meditation, and learn about Buddhism. Here is what the days looked like:

11–1: lunch, option to briefly talk to the teacher, and break

That’s 10+ hours of meditation. The schedule didn’t change. The intensity of the retreat would increase dramatically midway by turning 3 of those meditation hours into meditation sessions where you were not allowed to move an inch. They called these “Strong-determination” sittings, aka adhiṭṭhāna.

Besides, we had to endure these as well:

2. The abyss of clear-mindedness

The setup and restrictions of the retreat removed noises in my head. When conversations, Twitter, choices of dinner locations, HIIT, etc. were surgically eradicated from our brains, noises subsided. What that opened up to was extreme silence. Around day 7, my mind was unusually quiet. It felt like a quiet room or a placid pond with the hisses and tiny ripples of my breath and heartbeat. The stillness and quietness were something I never knew existed. You could hear the tumbling of a speck of sand, figuratively and literally. The sense of calm was addictive. Self-talks were so clear, and it took no effort to remember them. That was both great and crazy: I wrote articles in my head and was able to recall them accurately the next day; the arising recollection of my first girlfriend dumping me was annoyingly vivid.

The degree of such changes to the mind would vary with people. The magnitude of this experience depends on how much one knows the depth of one’s mind. I have always had a busy mind. Therefore the difference was dramatic. I would argue that unless you have subjected yourself to such extremes, the conditions of the retreat will reveal a lot.

Next, the meditations sharpened my awareness. When you subject your body to such extreme activities, shit changes. If all I do is to lift my pinky for ten days, my pinky will become different. My brain was sharpened and honed to the extreme.

Specifically, Vipassana meditation worked on the awareness of our bodily sensations, from the feeling of air going through our nostrils to the tingling of our toenails. I became a lot more aware of my sensations. I became so bored with trying to notice my breath going in and out of my left nostril for hours. All of a sudden, I started noticing the temperature and humidity differences between the air coming in and going out.

More significantly, the meditations primed my awareness of the sensations around my emotions. During those annoying recollections of being dumped, I, for the first time, noticed when shame arose, my body was responding physically. I could feel tightness around the upper left-hand side of my heart. At first, I considered that sensation a mere illusion or just heartburn from the potatoes I overindulged during lunch. However, every time I recalled being dumped by my girlfriends, or the shame I experienced when I had to put my stuff into a cardboard box after I was fired from my first job, that exact same bodily sensation returned with increased intensity.

The breadth of my awareness also expanded. I felt like Spiderman, where my spider-sense could pick things up broadly. I could notice the tiniest sensations across and inside my mind and body. At the same time, I could go deep with those emotions. My awareness was like having my own Google Earth. I could sense a vast collection of emotions and sensations, and if I wanted, I could zoom right in, and feel the crossroad of disgust and fear.

Similar to the experience of clear-mindedness, the degree of these changes could be different for different people. Your brain will change after this amount of intense beating. It doesn’t matter how strong your biceps are. If you use your biceps to lift weights 10 hours a day for ten straight days, your biceps will be different.

My relationship with food was like I had a new girlfriend. I was first amazed by how little I needed to poop. I supposed that’s because we had so little food. Surprisingly, most of us didn’t struggle with the involuntary fasting at all. I realized in the real world we probably ate way more than what our body actually needed. During the retreat, whenever I felt hunger, it was very bearable, and the feeling would dissipate very quickly. That’s because we had no options but to deal with it. In the real world, the sight of food and the temptation to curb hunger with food made hunger unbearable.

Furthermore, the quiet mind and heightened awareness amplified my taste buds. Toasts with butter never tasted so good. It was great because of the pleasure of smothering every pore on my tongue with fat and grease. The explosion of positive sensations when the sweetness from the bread’s starch was unleashed in my mouth further intensified the joy. The awareness and clear-mindedness made stale toasts taste heavenly. I loved this newfound reality.

Continue to Part 2: “Stardusts, gong baths, and the madness of Vipassana (insight) Meditation.”