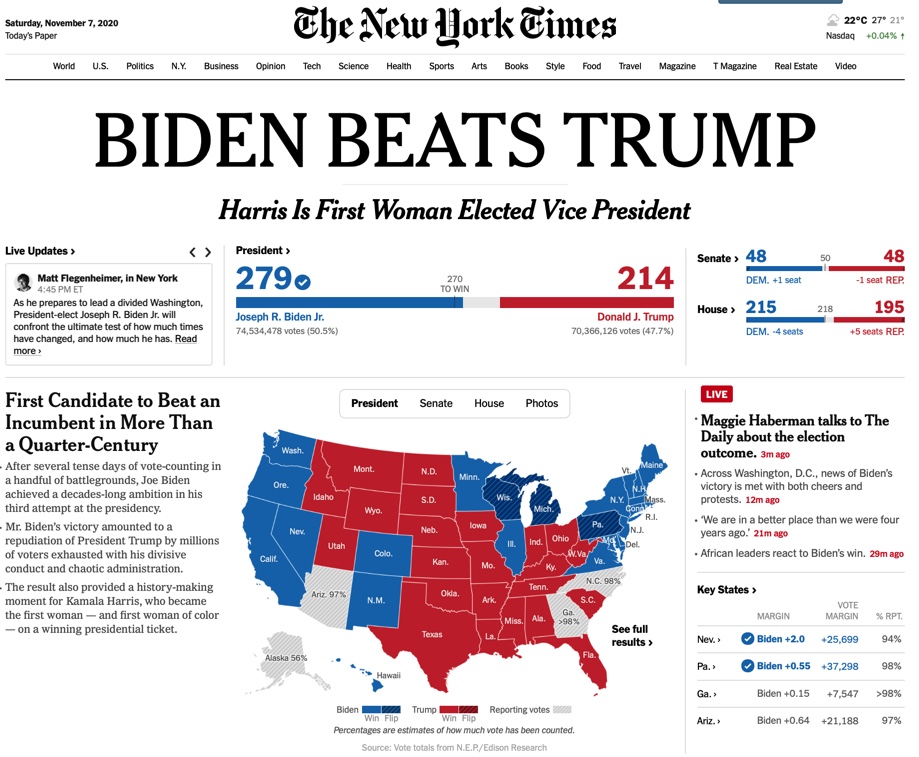 There is one thing that is very clear: I cannot assume all those who voted the other side are idiots, nor that I have to understand who they are.

Initial polls are very confusing. BOTH Trump and Biden received a historical amount of votes. Trump got more votes that any other president ever did. More minorities, those who were attacked by Trump, voted for him.

What I think I am not understanding, seeing, is the effect of so called woke-ness. As I am learning more about it, I think it is very important that I study about it.

I am going to bookmark three things that started me down the path.

1st, it’s Sam Harris’ self proclaimed “late” realisation of the appeal of Trump. What took him so long? He has been calling out the woke-ness and cancel culture, yet he failed to see that many people who picked Trump precisely for the same reason – they hated the woke-ness and the cancel culture the left represented. I think many of us share Sam’s mental blindspots.

3rd, it’s Sullivan’s piece after Biden’s victory. He connected the left, the surprising demographic movements of Trump’s voters, and what might be happening:

By no means I have a concrete view. Yet, America is the most thorough experiment of how humans need to try and survive together, because of its diversity, its version of democracy, and its global influence. Therefore it is important that I remember my understanding of what’s going on is inaccurate, and that I ought to learn from it as much as I could.