It’s almost here. I wrote about my thoughts when Beijing got elected as the host city back in 2001. 7 years went by just like that. In about a month’s time the Olympics will commence.

I said I was going to have kids by 2008… no, not there yet. But I would never have imagined myself working for Nike during this historical moment.

I am very proud of the company. The innovations and commitment we have for the athletes are unprecedented. 20+ federations, innovations for every sport in the games …. flywire, lunar foam, burn-out mesh …. however, among all the cool stuff, this is what I like the most: 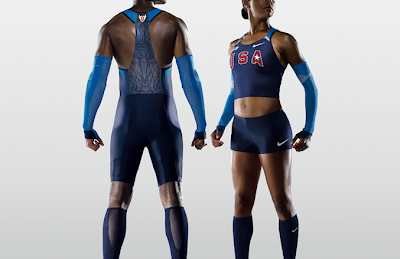 The track and field Swift Outfit.

Why? Because they are bold, unconventional, and this is what a brand leader should do. I fell in love with the brand because I thought Nike was unconventional, and the most ground breaking athletes such as McEnroe, Agassi, Jordan, Lewis, chose to wear Nike (well it could have been the money …). This image was further reinforced by little things such as the Air Mcfly that Marty wore in Back to the Future II. It was everyone’s dream to have a pair of Nike and to kick Biff’s ass on a pink hoverboard.