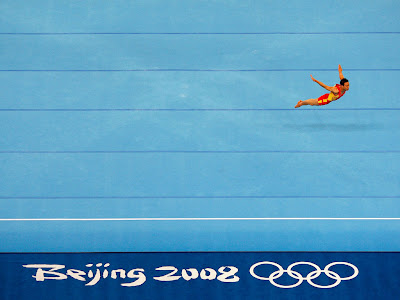 The Chinese has been racking up medals after medals. I get so emotional everytime I see them winning something. They managed to sweep all the medals in our tradition strongholds: Gymnastics, diving, weightlifting, etc. What’s most amazing about this year’s feat is that they are so dominating.

Then there are plenty of surprises too. Fencing, for one. On the 12th of August, 中国选手仲满以15-9击败法国选手洛佩兹. The guy was so poised, and it was definitely a very emotional moment. The impressive thing about this was that the coach China hired was actually a French. And the final gold medal match was between a Chinese and a Frenchman. I wonder what was on the coach’s mind during that game …. 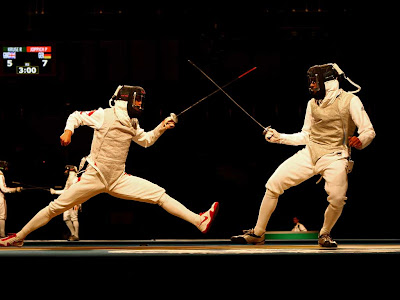 no this is not from that game. i just picked one with a swoosh in it. 😛

And then, just like that, Phelps has become the greatest Olympian ever. 11 medals and counting. What’s so amazing about his achievement is that he broke the world record for all the medals he has won so far in Beijing. 4 freaking world records! Well, this has probably something to do with his super suit, but still… this is just incredible. Oh, by the way, the 4×100 relay was one of the greatest comeback story of all time. Watch it here. 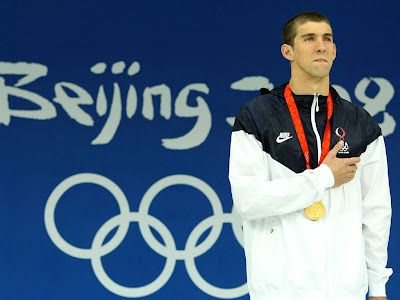 Phelps in Nike Sportswear “Medal Stand” Windrunner. This is a PE … meaning you can’t buy it. You have to earn it. 😛 Oh, and Phelps, unfortunately, is not a Nike Athlete.
Then there were disappointments too. China Men’s Basketball team. They were so close to beating Gasol and the rest of the Spanish team. They went into the fourth quarter with a double digit lead, and the Chinese team blew it, and ended up losing in overtime. I was rushing home from my first apartment search, and the whole city/country stopped. No more traffic jams, no more rude people running into you (well still a lot of people blocking the streets coz they were all standing there staring at the TVs)…. Too bad, just too darn bad. I hope they get a win or two … I really hope so. And Yi sucked. 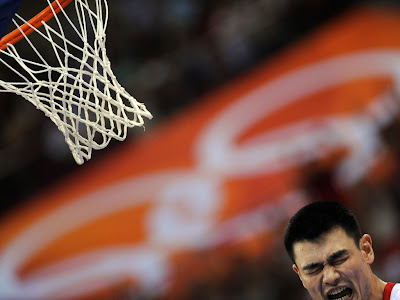 This Olympics have its fair share of controversies though: the CG, the backup singer that threatened national interests, the super watercube the super shoes and the super suits. Oh well, this is part of the fun really. I love this, especially when this is so close to home. All we talk about during lunch was the games, the medals, and the fun tipbits that we all picked up from the nonstop broadcasting of game related stuff on TV. 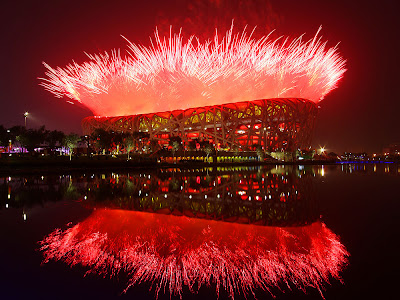 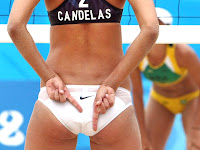 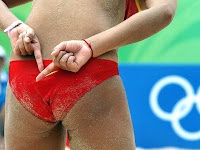 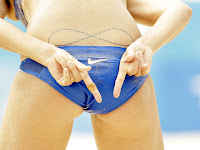 these were all from sina.com.cn too … it always has these kind of pics in its sports page ….