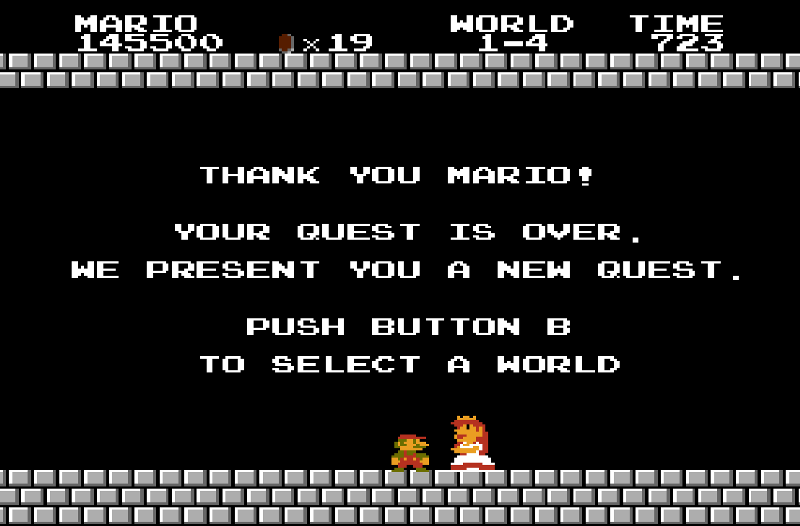 Around 20% of the male participants quitted. Most of them left on day 2, and some on day 6 and beyond. I wanted to quit every other day. I would come up with ridiculous excuses to justify myself: The teacher was crap. I was experiencing sunk cost biases. The infection in my ear was killing me. Since there was nothing else to do to distract myself, I witnessed myself fighting it out repeatedly.

There were also many times where I wanted to quit because there was no progress in my meditation. I could not focus on observing my breath. I got stuck and could not feel anything on my nose. That vanished yet addictive feeling of stardusts never returned. You have to understand, in real life, we would never be reminded of failures as frequently. Whereas in the retreat, every darn hour, you could either be reminded of wonderful progress or humiliating defeats, repeatedly, relentlessly, hour after hour.

On the other hand, now that I have survived the retreat, those countless struggles with failures and the temptation of quitting were true revelations. I now have a repertoire of experiences where, when faced with failures, I quitted. I also managed to march on. Sometimes I varied coping tactics and endured. I wasn’t always a wimp. I don’t think I am now completely transformed and can change the world with by sheer will. I do believe when struggles and failures inevitably come, I now have a tad more positive mental artifacts to refer to. I have a slightly better chance to remind myself, “I might be able to handle this.”

My relationship with pain was a highlight also. During those painful hour-long sittings, the pain in my legs and back would become excruciating. I still couldn’t wrap my head around how sitting could hurt so badly. I learned how to deal with them by observing them, and occasionally apply the idea of impermanence on them. When these tactics worked, my legs would go from feeling like being stabbed by sharp and large boulders to feeling like Christmas stockings over-stuffed with cotton balls. What’s most frustrating, was whenever after these sittings, I tried to understand what caused the unbearable pain, and I would find nothing. It was just my crossed legs on a soft cushion. I don’t think I have ever feared feathery pillows as much as and as frequently as I had throughout these ten days.

7. Other random shit from the edges of insanity

Finally, there was a collection of random things during these ten days. We all increased the variety and intensity of behaviors that in the real world, would be considered insane and problematic. Many of us would pace up and down a small uphill road (30 seconds walk) for hours. Some would stare at ants. Some would giggle randomly, and all of us would secretly watch each others’ fall into madness.

For me, I finally realized I walked funny, that I had a strange ass-twisting gait when I walked. My wife and mom tried to point this out to me throughout my life. I never understood it until now. Afterward, I spent hours walking around, trying to change it.

There were a few of us who loved tofu. We would pick out all the tofu from the serving plates. Since we weren’t allowed to talk or communicate in any form, it was wonderful that no one could call us out. It was blissful to be an asshole and suffer no consequence whatsoever.

There were three big spiders that we all looked at.

Seriously I could tell how much the tree I got to look at every day during mealtime grew.

I found out I was most productive between 3pm and 9pm.

When silence was broken on the last day, the conversations ruined everything. The meditations immediately became different because my mind was polluted by things I could not not hear. People also started to compare, “Did you experience free flow?” “Oh my god, it was awesome!” Comparison killed all the joy.

It has now been ten days since I escaped jail. I am proud of myself because I can now comfortably sit and meditate for hours.

However, the transition has been rough. I literally felt car sick when I first turned on my phone. I struggled with typing on that damn virtual keyboard. I found everything overwhelming: soundS, movements, people, food. It was especially tough because Hong Kong was going through turmoil. The constant bombardment of negative news made me want to run back into my jail cell.

The moment food became utterly unavoidable, I struggled mightily to resist them. I never realized there was food everywhere. At the tiny train station closest to our center, there were three bakeries, two convenience stores, two soup kitchens, a bubble tea place, etc. I was annoyed that my appetite and stomach returned to their former capacities within seconds.

I also could sense the clear-mindedness and awareness fading away rapidly. What meditation did to the mind, was a bit like rubbing two hands together. You would feel the heat when you placed the rubbed hands onto your face, but then the heat would immediately dissipate the moment you stop rubbing them. It was a painful reminder of how much it took to get to that state of mind. The distractions, lack of time, poor determination, the onslaught of life responsibilities, etc., will make it almost impossible for me to experience the same clear-mindedness and sharpened awareness again.

Now that I have spent more time thinking about the experience, I do believe it is something we should all go through. The opportunity to glimpse at the depths of our minds (our stomach, back, spiders, stars, whatever) was completely worthwhile. I now have an idea of what’s possible. It’s like I have tasted real Kobe beef or Natalie Portman falling in love with me. I have a point of reference to genuinely exceptional experiences. I also have personal experiences of woo-woo concepts such as impermanence and inter-connectedness. Lastly, I now have a fun mind-game I could always go and play with. This is a game that is always private, never predictable, often painful, both enjoyable and unbearable, fulfilling and humiliating. This game is perhaps the best simulation of life. This game gives me the best shot at finding equanimity and serenity.

All I now need is a cushion (I still fear it), a quiet space, and a timer, and I can go insane in my own head.