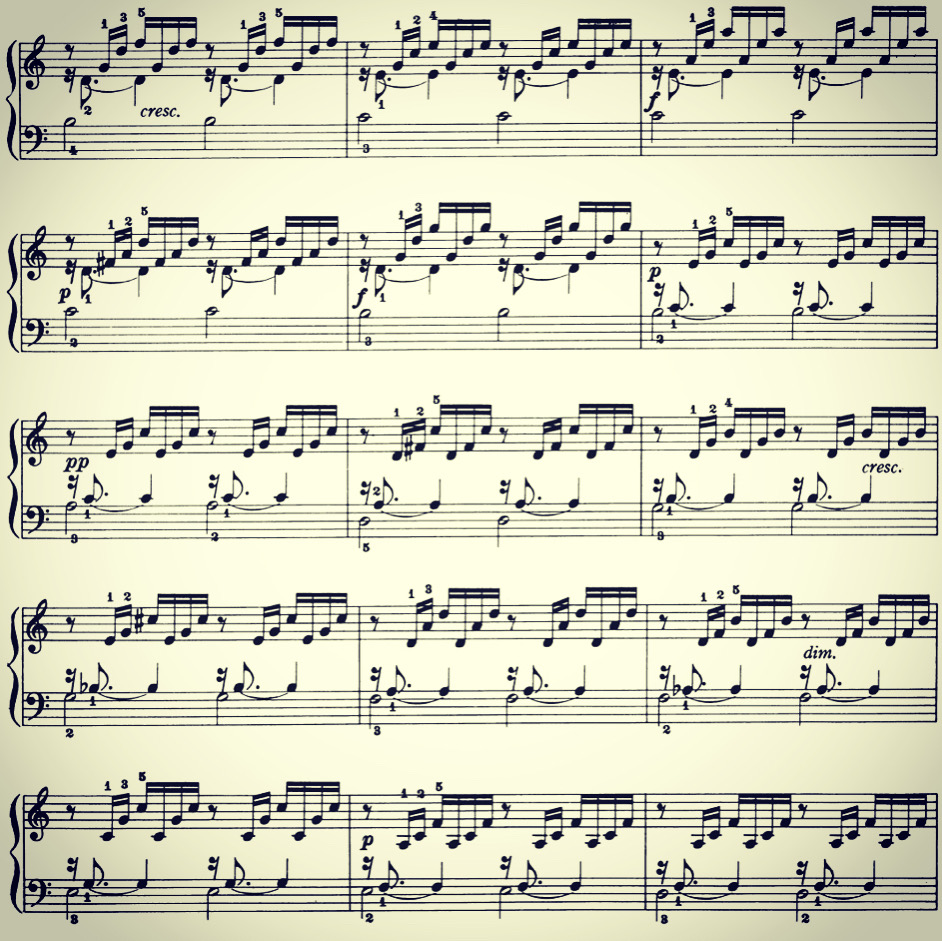 We are changing our daughter’s piano teacher.

Our girl is 10. She can play a few songs. Nothing fancy. She doesn’t hate it. She doesn’t love practicing either.

The chance for her to become a pro is zero.

Towards the end, he pulled out the Bach Prelude & Fugue No. 1 in C major and asked her to play. She gasped, “oh this one!”

I have shown and played the piece to her before. My wife, her, and I tried to play the Ave Maria version of the piece together. So many tadpoles cramped into the bars. It’s too hard!

After class, she said, “it was so easy. I just need to stretch my fingers.”

Harmonies are the mathematical expressions of the emotional reality.

This teacher is hired.