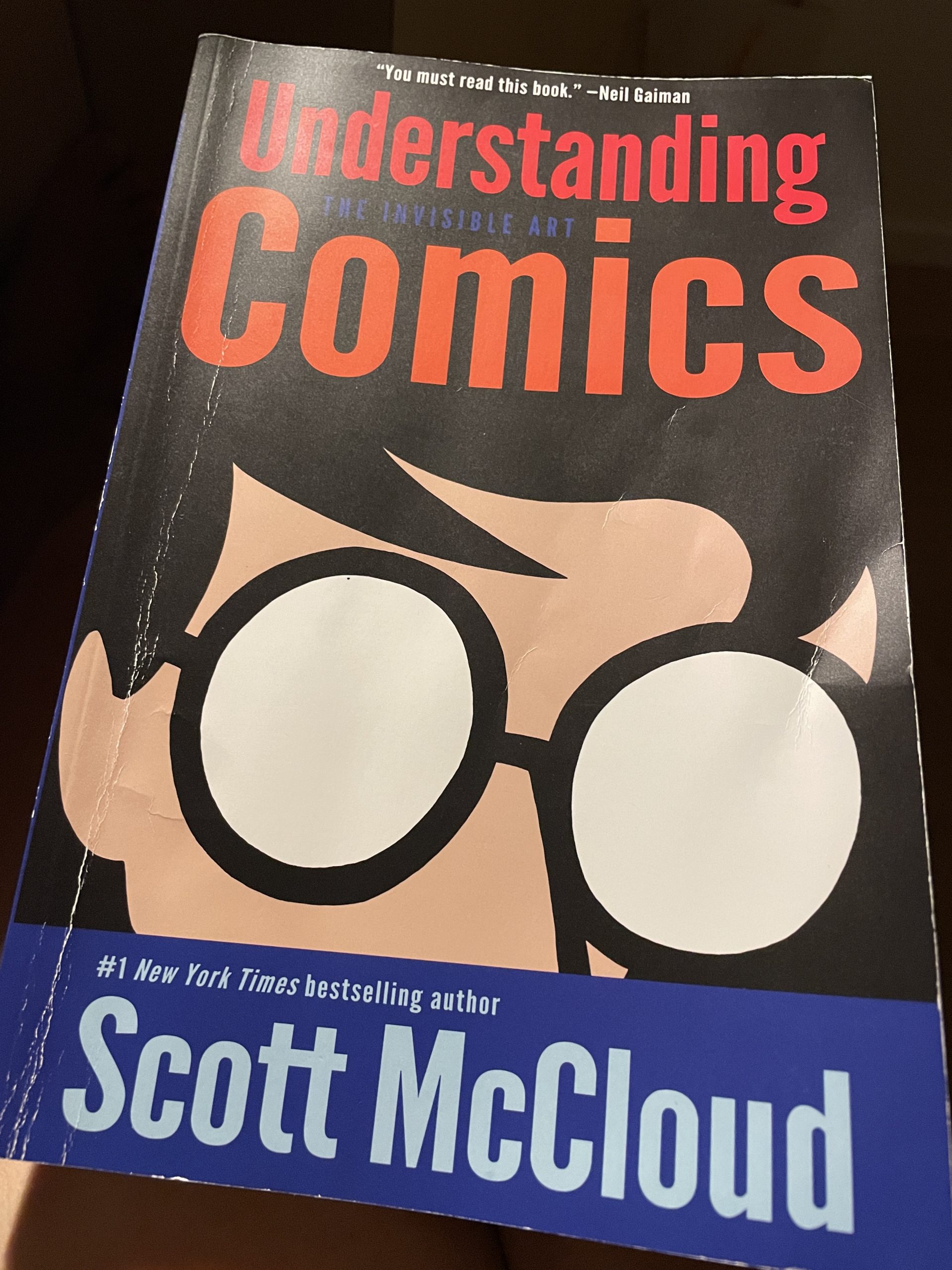 I finished the book “Understanding Comics” by Scott McCloud. It was written in the mid 90s. I already miss the book.

The author helped me understand why I felt the way I felt while reading comics- how time transpired, how emotions manifested, how actions were imagined ….

He also contrasted the comics between the east and the west and finally solved the mystery of why I did not enjoy reading western comics.

He also explained iconography thoroughly. He basically predicted a future of communicating via pictures – GIF (image + text) and emojis. 🤯

Lastly, he convinced me the power of text and graphics, or in his words – sequential art. This could not have come at a more fitting time-

Yesterday, I read my daughter’s homework. They were compositions of her impressions of stories from Norse Mythology. Her words were written on large sheets of paper. She surrounded her work with intricately hand drawn frames, crafted her work through words and page layout, and punctuated the pieces with her own drawings.

I asked the teacher why he instructed the kids to compose in such a way. He said,” It is to let them appreciate beauty, and also to communicate with the world through words, pictures, imagination, and expression, which is also how we understand the world.”

In 1845, artist Rodolphe Topffer said:
“The picture story, which the critics disregard and scholars scarcely notice, had great influence at all times, perhaps even more than written literature”-1845